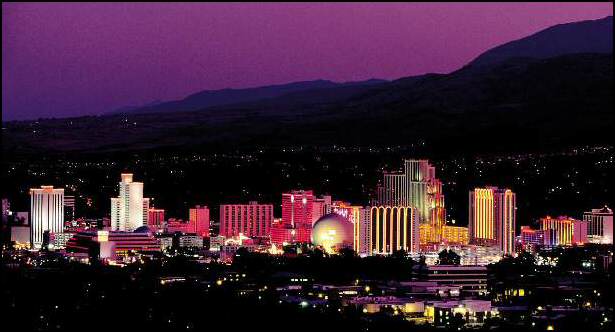 Midway through a dog-eared Edward Abbey paperback, I noticed that many of the men in the room were crying. Closing my book I turned my attention to the tv.

I was in a truck drivers tv room in a truck stop outside of Broken Arrow Oklahoma. Without a plan I quit my job just a week earlier, packed a bag and joined my neighbor in his semi truck for 4 weeks, hoping to find a plan for my life.

My goal was two-fold. Make money to pay for the truck I bought 2 months before quitting my job and 2, find a job in Baton Rouge, the exact city where the love of my life was living, having started her Junior year of college there.

The truck drivers were crying with joy as they witnessed Willy escaping in epic whale fashion, thus finally becoming free. The irony of watching truck drivers openly weep at Willy while I myself was looking for an escape wasn’t lost on me.

Like my father when I was younger, my neighbor was an over the road truck driver. He was a household goods furniture mover. We had left Dayton Ohio 5 days before and had picked up a small family’s goods in St. Louis before making our way south. That is how it worked. Half of the truck was destined for California, it was up to the dispatcher to find us short loads in the interim to fill the truck and move us westward.

My job was simple. Keep the driver company, keep the trailer tidy, carry heavy things and basically be at the driver’s beck and call.

It’s no romantic. I was there simply to buy myself some time and make a little quick cash while seeing a few weeks of interstate highway.

I had one application complete, by fax, for a job in Baton Rouge, but had heard nothing to date. It was my one and only chance to get to Louisiana employed.

When deferring a major life decision, like chasing after a college girl a thousand miles away, my advice is to be flexible and pack the essentials. My bag included a Hemingway novel, two Edward Abbey novels, a Grisham novel and 1 barely used King James Bible. My sony Discman was accompanied by a short stack of music, that listed U2, Depeche Mode, REM, Duran Duran and INXS.

This job would be like the next 10-12 jobs I would start and quick over the next twenty years. With a little planning, just an opportunity and me showing up in agreement ready for adventure.

From Oklahoma City we traversed Texas. I woke up about 9 days into the trip in the truck alone, dark, and cold. Making my way out of the truck, I followed the lights to the truckstop restaurant near where we were parked. I found my driver in a booth, drinking coffee and smoking while finishing an awful plate of food. Ranchos Juevos he declared. I ordered a Coke and deferred food until I could wake up a bit.

Where are we? Albuquerque NM he said. Why is it so cold in September? Dessert he said. It gets warmer when the sun rises. Two hours later we left, making our way northwest to Bakersfield California. The temperature rose 30 degrees after the sunrise. The light warmed the cold dessert and followed us West into California.

A week later we arrived in San Jose. This was before the Tech Boom and we had an empty trailer and no plans. So the waiting began. We were at a trucking terminal in an industrial park with little to do. The Joshua Tree Album loses its luster after 12 listenings in as many days. So I began to wonder beyond the bodega where we ate burritos for lunch and dinner. I didn’t know the area and armed with little more than a good sense of direction I planned an escape. On the 4th day of burritos, U2 and waiting, I made my way to San Francisco. I had never seen the city and we were a short train ride away. I spent an entire day alone seeing the Golden Gate city. My driver was not amused at my tails from the Warf, Haight or China Town. He said he couldn’t count the number of times he had driven his truck over the bridge to Marin County, but he had never been into the city.

A few days later I woke up to him yelling at me from the driver’s seat. Wake up, you gotta see the lights. We were headed east having left Oakland late in the evening and were approaching Reno through the mountain pass. Sometimes you gotta get up early to see the view at its best. Like an Oasis Reno say in the middle of the valley waiting for us. We parked, slept til daylight then hit the Wild West Gun Museum, Truckstop and Casino. He showered and watched t.v., I played cards for 10 hours. It was here that I learned the ins and outs of the brothel business from one very satisfied customer. Somethings are best avoided in life and learning from others experience should never be discounted.
It was in Kansas City that I fed quarters into a pay phone and talked to my mom. She said I had a message from Baton Rouge and gave me the number to call. In the wake of Free Willy breaking over the wall, a job offer was pending in Louisiana. I was still 500 miles and a few days from Ohio, somehow the nice lady on the other end of the phone was patient.

5,254 miles over 4 weeks. That is how I got from Ohio to Baton Rouge. That is how I learned the best views come unexpectedly, real men cry when the whale escapes, light brings warmth, good things come with patience and a plan and Ranchos Juevos are never a good idea early in the morning.