Her, Him and A Root canal 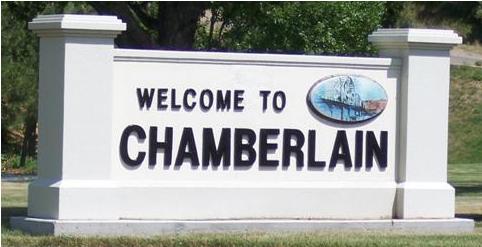 He spent a week one morning doped up in a dentist office outside of Chamberlain, South Dakota. Midway between Mitchell and Kimball, near where 281 crosses I-90, his right mandibular 1st molar fell victim to a .99 cent bag of mixed nuts. The night attendant at they rest area suspected it was a piece of shell that caught the tooth just right and he lost half of it in the swig of the warm, flat Coca-Cola used to flush the nuts down.

The watchman at the White Lake Rest Area said he had a cousin with bad teeth that got good work from a gal over in Chamberlain. The driver was headed that way and a lady doc sounded not so bad. Three Tylenol and the rest of the Coke down, he climbed into the sleeper for a few hours of rest. Up with the sunrise, now 4 hours behind schedule, he knew that the 60 barrels of garlic powder headed to Portland would have to wait a day.

An 18-wheeler takes up a lot of space. Driving through a small town with less than 3,000 people, a rig gets noticed. The only place to park was the shared parking lot between the old Super 8 hotel and the much newer Taco John’s fast food joint. This meant he had a 9 block walk up Main Street to find the two Doctor Dailey’s. When the rest area attendant said gal, he meant old man Dailey’s one and only daughter who was seeing the bulk of patients. The competition was scarce, like clients, with only one other dentist office in town. She split her hours between Chamberlin and Mitchell, a town 20 miles east that he had passed earlier that morning.