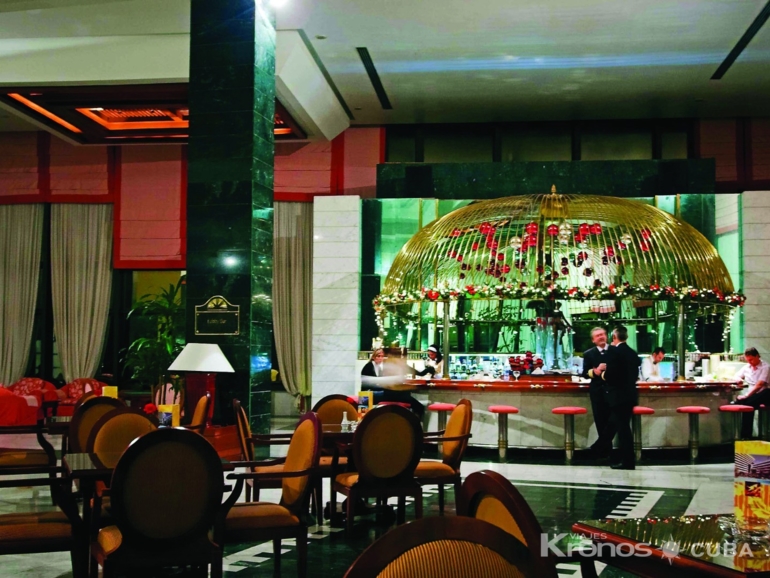 It was my last night in Havana. Sitting at the bar I was shaking off 9 days of bumpy, busy, minivan travel preparing for the process of returning to the US the next morning. This was my second trip to Cuba. I had been there for 12 days the year prior, I had been looking forward to this cigar and this drink since then.

This trip started out like all trips to Cuba did back then for Americans. Long lines in Miami, longer lines in Havana, questions, questions, more questions. We were there as part of a church contingent. We had been working with the Western Cuba Baptist Convention. There were 10 or 11 of us, half were teens, the rest adults. We had stayed on the roof of a church our first night. Along with the teens, I had spent part of the first evening sitting on the second story roof ledge watching the city go by. I do that when I travel. Just sit and watch.

The church received notice that the local CDR informant had spotted the Americans and we were asked to be less obvious. In 2005 it was illegal to rent rooms or house tourists. People watched and reported these things. The next morning the water to the church had been turned off. A shot across the bow. We left the city as planned and worked in the neighboring province of Matanzas the rest of the week.

Being watched. Questioned. Monitored. That is just how it was. You got used to it. There were checkpoints on the highway back then. you pulled over, produced papers, a policeman (no gun usually) made notes on a clipboard and off you went. You knew they knew where you were. But tonight, I was a tourist in a bar, enjoying the best of Cuba watching a mariachi band get set up.

Yes, mariachi band. Cuba is a short flight from Mexico and is a hot spot for Mexicans on holiday. that night a Cuban mariachi band was performing and I had a great spot at the bar. Tourists filled in the tables and bar and drinks were poured and consumed and I just soaked it all up. Another mojito for me and the weariness of the week began to fall off me.
Turning to speak with the bartender I was tapped on the shoulder. I expected it to be one of my students who needed something from upstairs. I turned with that expectation and was surprised to find the front desk doorman, matre’ de, manager guy. His face looked serious and mine, two mojitos in probably did not.

Then he said it.

Are you Bryan the American?

Until that moment I was 99% sure that my exact location was limited to about 10 people who were sound asleep upstairs. I wasn’t so sure now. I replied with slight confusion.

He said it louder like I am the one who doesn’t know English.

Are YOU BRYAN THE AMERICAN?

Now I am nervous. He seems nervous. Everyone is nervous.

Si. Yes. Si, I am Bryan the American.

Thinking back that sounds funny to say out loud. I am Bryan the American.

Telephone for you at the desk.

His English may, in fact, have been better than mine.

A phone call for me?

The Spanish and English mixes between the two of us was almost funny if I hadn’t been scared.

Standing up from my stool at the bar, I nodded to the bartender in some kind of universal sign language for ill be back to get my drink in a minute, he nodded back. Clearly, he spoke the same language. international bar sign language I guess.

I should share this little tip. In Cuba, you travel with a few things in your pocket at all times. Passport. Cash(American currency) and your Visa or Permissions. Cash can get you just about anything and back then the American dollar was king. I had all three and a box of matches from the Partagas cigar factory. Checking my pockets again I followed the man to the desk and the phone.

Buena? I said into the receiver.

you ever see one of those old Humphrey Bogart movies with Lauren Bacall? Big ferns, black and white movies, all is calm before the bad guy gets captured or shot. That is how I see this scene 10 years later.

Hey its Leroy, bring me a bottle of water when you come back up. thanks.

I returned the bar, waited for the last set, finished the Partagas and mojito, bought the bottle of water and returned to room 1107 thinking maybe, just maybe I wasn’t being watched the entire time after all.